A mainstream Indian restaurant that caters to an assortment of cuisines that range from Indian, Chinese to the odd macaroni, quail and speciality egg dishes. Al-Maas has been forking out food to the masses since 2012. 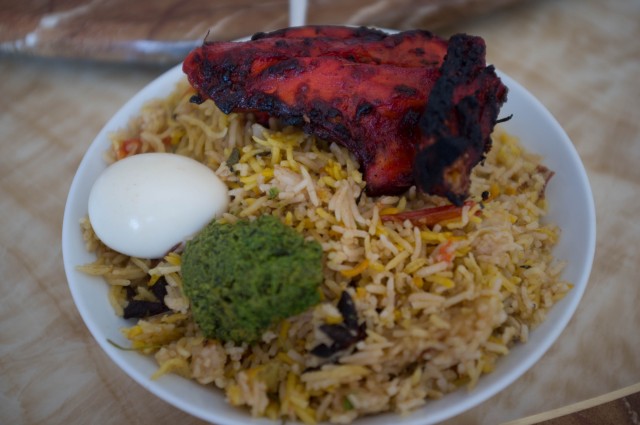 First off we dove into their signature Tandoori Chicken Biryani (Rs.330) as suggested to us by the head waiter. The rice was bland and didn't have the flavour to save grace, although it was peppered with the usual spices of aniseed and cloves, which are the compulsory highlights of a North Indian biryani. The rice came accompanied with a boiled egg, a tasty mint sambol fresh out of the grinder and a perfectly done Chicken breast on Tandoor. 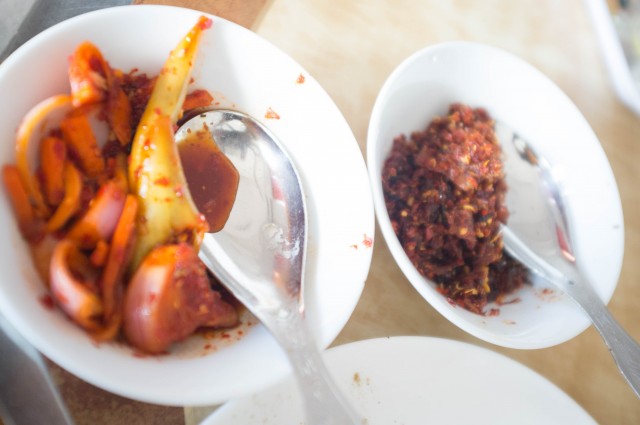 Two mini dishes of Acharu and chilli paste were sent in as compliments for the biryani.

Trying their Gobi 65 (Rs.400), we felt it was more of a Manchurian than a '65'. The  Gobi, which translates to cauliflower in Hindi, was coated with layers of red batter and chilli. There was a dusting of coriander and rings of onion, as garnishing, along with a slice of lime. It was extremely oily though and had lost most of its crispiness by the time it had reached our table. 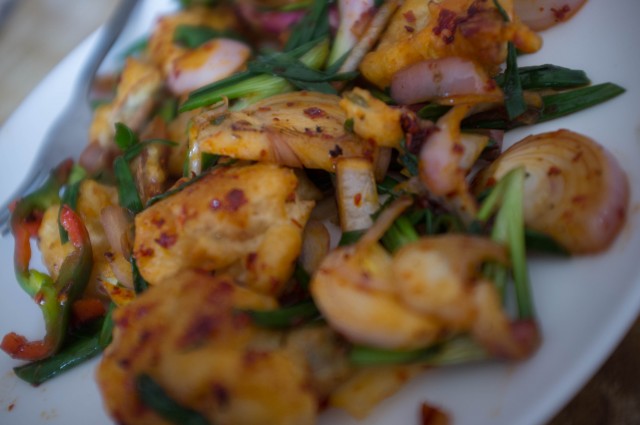 The Prawns in Hot Butter Sauce (Rs.420) surprisingly, came with no sauce at all. It was completely dry, was batter fried and again, soggy. 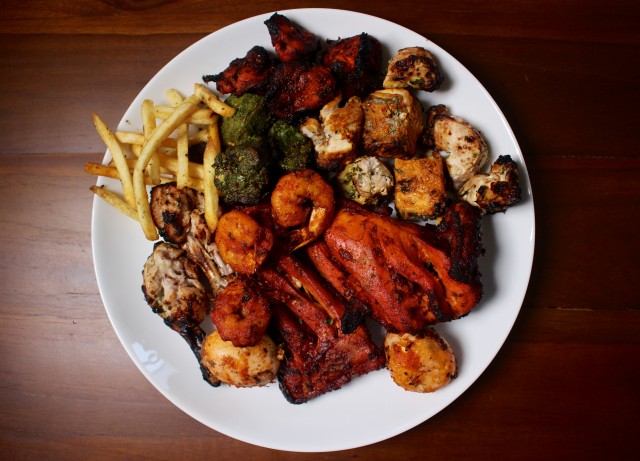 The Mixed Grill (Rs.1100) on the other hand, was a platter worth every penny we spent. It had an assortment of meats such as chicken, done two ways, beef, eggs, fish and prawns, all succulent and well cooked. We brought it over to office and pretty much everyone thought it was good. A definite value for money.

They also have a good variety of fresh juices to order, with juices being made right across the counter. The surprise notable element of the menu was in fact, the 'Quail', also known as the 'Khada' (which is a favourite amongst South Indians). However upon ordering we were told that it was not available. The menu had an exclusive variety of egg dishes too such as The Masala Omlette and the Egg Bhuriji for Rs.160 each.

Although Al-Mass is critically positioned smack in the middle of Marine Drive which has a great view of the ocean, you are denied of the view whilst dining in. The place is a little too crowded during high volume hours and tends to get super noisy. 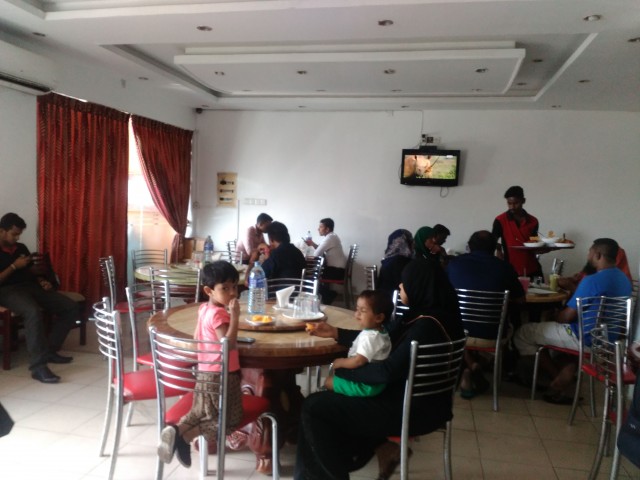 Al-Maas has a wide variety of meals on their menu, some of which may not be available while ordering, the place is mostly crowded but service is fast and seating is smooth. So if you are down Marine drive looking for a quick Indian meal, especially grilled meat with a decent price tag, Al-Maas might be the place to go.

By Rahma Rifkhan Think of your most noteworthy cinema experience: Loud and exciting with just